You are here: Home / EarWell Research

Dr. Steve Byrd’s lifelong philosophy for the EarWell ear molding device used during infancy was to prevent the psychosocial distress that a majority of children with abnormal ears experience throughout their lifetime. He believes that global education on the application of this nonsurgical device used during infancy will prevent the dissatisfaction or social maladjustment caused by prominent misshapen ears in babies. The published tests used in research studies by leading researchers continue to support a positive outcome.

Cryptotia is a relatively common congenital ear malformation that can be difficult to correct with surgery. Treatment should be started before the first 6 weeks of life.

Conclusion: The EarWell System was shown to be effective in eliminating or reducing the need for surgery in all but the most severe malformations. (Plast. Reconstr. Surg. 139: 681, 2017.) From Pediatric Plastic Surgery Institute. Received for publication April 4, 2016; accepted September 1, 2016. Copyright © 2017 by the American Society of Plastic Surgeons.

Conclusions: The molding period can be reduced from 6 to 8 weeks to 2 weeks by initiating molding during the first weeks of life and using a more secure and rigid device. Through an interdisciplinary approach, the authors were able to identify patients and to correct the deformity earlier and faster than has been previously published, eliminating the need for surgical correction in many children. (Plast. Reconstr. Surg. 135: 577e, 2015.) 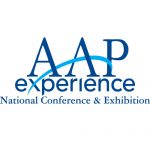 Conclusions: Congenital ear deformities are common and only approximately 30 percent self-correct. These deformities can be corrected by initiating appropriate molding in the first week of life. Neonatal molding reduces the need for surgical correction with results that often exceed what can be achieved with the surgical alternative.
From the Department of Plastic Surgery, University of Texas Southwestern Medical Center at Dallas; Children’s Medical Center Dallas; and the Department of Pediatrics, Baylor University Medical Center.
Received for publication January 18, 2010; accepted March 22, 2010.
Copyright ©2010 by the American Society of Plastic Surgeons
DOI: 10.1097/PRS.0b013e3181e617bb
surgical alternative.
(Plast. Reconstr. Surg. 126: 1191, 2010.)